Let's find out if we can let you in
Sorry, you must be at least 18 to access this website. 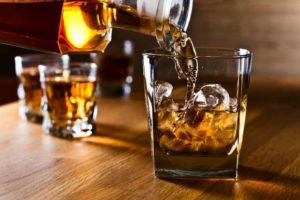 Read our blog Scotch Distilleries and Production and find out also about fascinating places in Scotland! Browse through background stories, videos, visit reports and useful links. And if you would like to find further information about whisky, browse through our blog or our Youtube channel and leave your comments.

Find distillery on the map

Some words about the history of Scotch production and distilleries

The origins of whisky production – believe it or not – actually come from Christian monks who evangelized the Irish and Scottish territories in the 5th century. The knowledge of alcohol production was not used to support their Christian persuasiveness. Who knows, maybe they could have accelerated their success…

But the devices and recipes they brought with them were initially intended for the manufacture of medicine and perfume.

Up to now, it is not clear whether the first predecessors of whisky were produced in Scotland or Ireland. The Irish are citing their patron saint, St. Patrick, while other legends say that the Celts in Scotland were the first producers of a clear distillate called Aqua Vitae. This means something like “water of life”, a quite fitting name, if you ask a whisky lover, like me.

In any case, the manufacturing process was refined through the dissemination of the monasteries, who had the time, the knowledge and the means to devote themselves to this business. There are reports from the year 1494 that the Benedictine monks in Scotland, supervised by the king’s tax auditor, should produce for him certain amounts of this “water of life”.

But the Scottish clans soon began also to produce their own whisky. And because they initially did not comply with the King’s demand to pay taxes, there were first general prohibitions, making whiskey production an illegal but profitable business. Later later the government granted official licenses to ensure that taxes were paid.

Quite a few of today’s distilleries still belong to the descendants of these clans and are closely linked to their exciting history.

Some of these interesting stories can be found here in our “Blog Scotch Distilleries”.

Emigrants from Ireland and Scotland brought the whiskey production later to America. There, however, were due to the different vegetation other cereals, such as rye or wheat used. Also for the maturation were hardly good sherry, wine or port wine barrels available. It was therefore specialized in the later Bourbon on aging in oak barrels.

Scroll back to top